For various reasons I have not taken many/any photos on recent visits to Greens Bush. The weather has been cold and wet, it has been quite dark in the forest and most importantly not many birds have sat still long enough to take a decent image. I no longer blast away at any bird and hope that there is a shot in there somewhere. The hours post processing are not worth the result. I try to take only a few shots and get the setup right while stalking the target. This often results in failures and no shots but does save time at the computer. On Saturday I was determined to shoot something rather than just carry the heavy gear around. While the birdlife was abundant and the forest was quite noisy there were not many birds near enough to shoot. What I did find was three different species’ nests all within a few meters of where I had stopped for a breather. For nearly 30 mins I watched as a Golden Whistler returned to a particular bush with more nesting material. The female seemed to be doing all the collecting and building with the colourful male inspecting now and again and standing guard in the next tree. While just standing there I saw a pair of Spotted Pardalotes on a branch just above my head. It took a few moments to realise that they were not being friendly but getting a bit stressed because I was standing next to their burrow. I moved away and straight away they flew down and into the burrow. Turning around at a new bird call I saw a pair of Striated Thornbills flying into their nest, a tennis ball size clump of soft material and spider webs. Spring has started and nesting season is in full swing. I will re-visit in the coming weeks and hopefully see more progress and take a few pics. 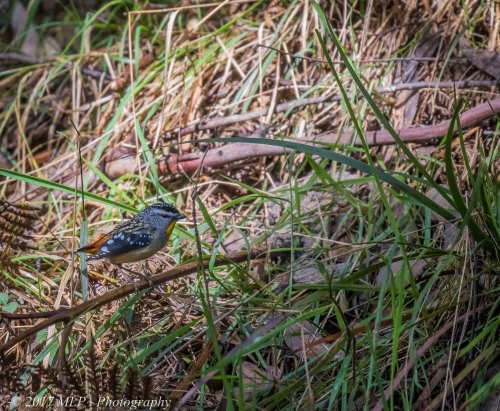 Mallacoota is surrounded by the Croajingolong National Park wilderness. The dry forests and pockets of rainforest have many species of small birds. It is often a challenge to find them in the heat and humidity of summer but walking quietly in the morning can be rewarding. I am often surprised by their vibrant colours but when facing in a certain direction they can be invisible and difficult to see. 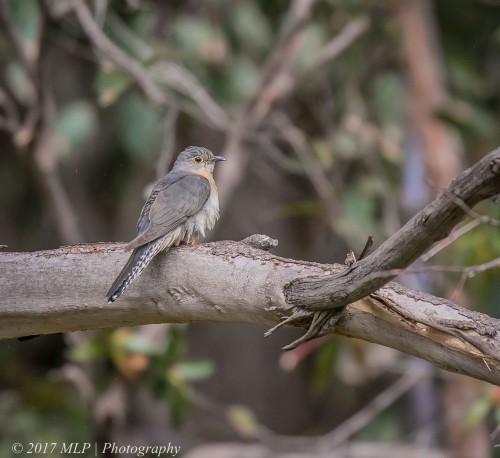 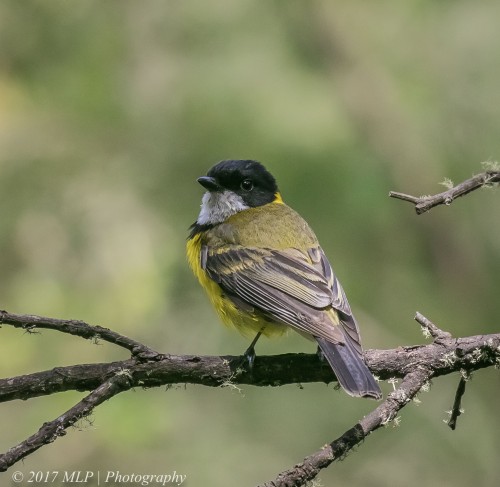 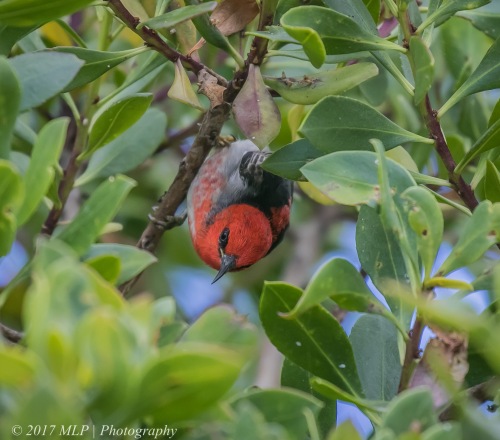 In a follow-up visit to the Moorooduc Quarry to check on the progress of the little Eastern Yellow Robin nest, I found a completed nest, many other birds and another Drey (they seem to be popping out everywhere now I know they exist). A busy flock of Male Golden Whistlers came through and it soon became a little crazy with birds flying everywhere. The Robins were trying to protect their patch and the male Whistlers seem to be chasing each other. A few Brown Thornbills dropped into the mix as well to check out the fuss.

Eastern Yellow Robin in a typical perched hunting pose…ready to pounce on its prey from above. 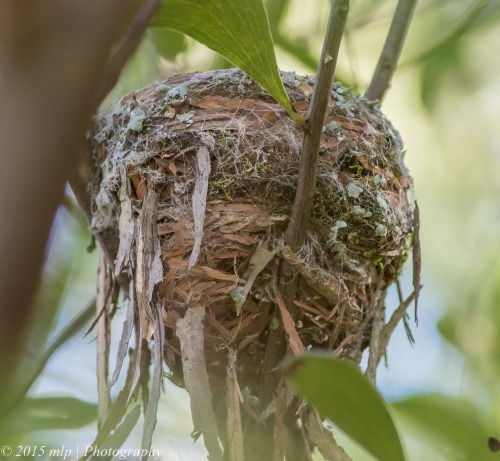 The completed nest of our Eastern Yellow Robin, made of paperbark strips and camouflaged with moss and lichen held in place by spider web netting – amazing engineering 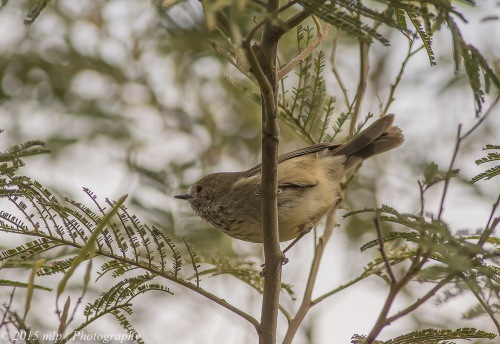 Kamarooka Forest is part of the Greater Bendigo National Park. It is north of Bendigo and contains a variety of habitats and plenty of interesting sites for finding birds and animals.  I recently spent a day exploring Kamarooka with a birding mate, John. I clocked up a new Vic lifer (312) as well – White Fronted Honeyeater. Along the way we found plenty of small birds and one that I have only seen a few times before – a White Bellied Cuckoo Shrike. One of our favourites was a Weebill, Australia’s smallest bird. We also tracked a bird call that neither of us had heard before and it turned out to be a Restless Flycatcher making a very unusual call – certainly one we had not heard before. 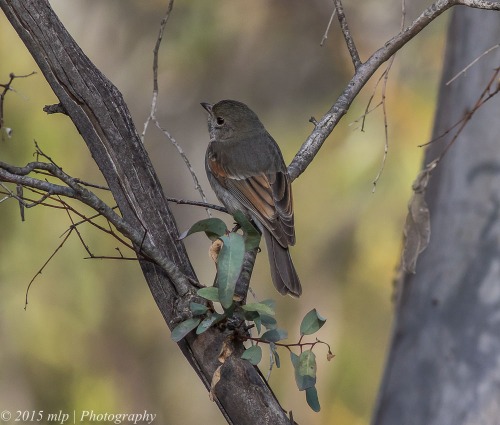 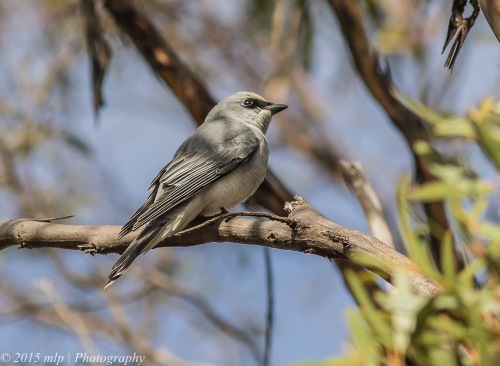 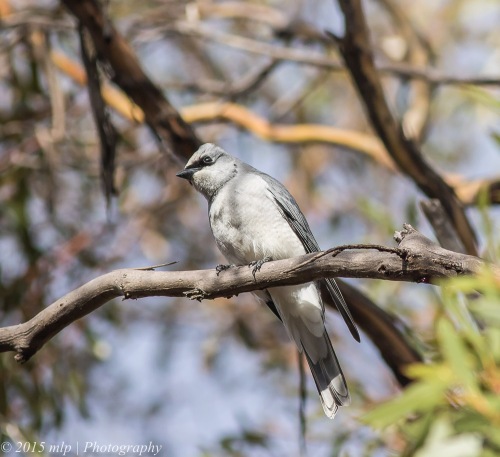 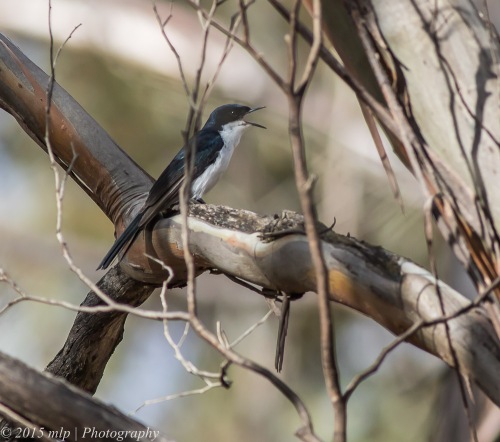 “Birds are the magicians of the nature! They are here, they are there and they are everywhere!”

Posted on April 30, 2015 | Leave a comment
“Birds are the magicians of the nature! They are here, they are there and they are everywhere!” – Mehmet Murat Ildan
An overcast and at times drizzly morning was my initial reward for an early start exploring a new site on the Mornington Peninsula. I was down the coast for the weekend and decided to have a look at a Flora and Fauna Reserve that I had always driven past to get to Green Bush but had never visited. Behind a two car carpark, an ordinary gate and piles of dumped rubbish was a pretty good native bushland reserve and a great display of small birds, along with the local regulars.  I knew I was in for a treat by the shear number of birds especially the smaller ones that I could hear and eventually found as I walked around the reserve. They moved in early morning feeding flocks and were not too bothered by me, at times coming down quite close to check me out. 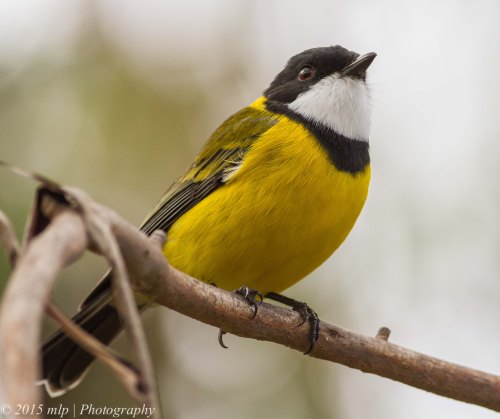 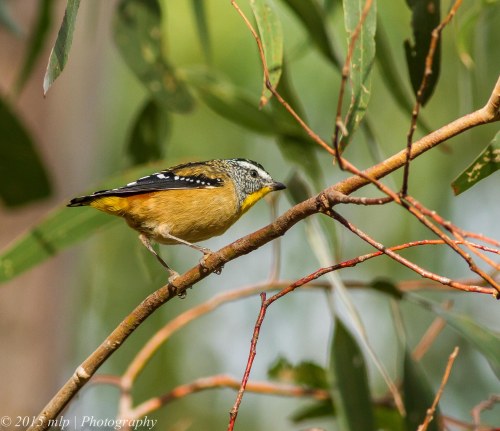 Spotted Pardalotes gathering nesting material even though it is very late in the season, Peninsula Gardens, Rosebud South, Victoria

The large number of birds was I think due to a lack of visitors and a good variety of low and mid canopy native vegetation, much of it flowering like the banksia below. There were many tall Grasstrees in the reserve and a number of these were flowering as well. 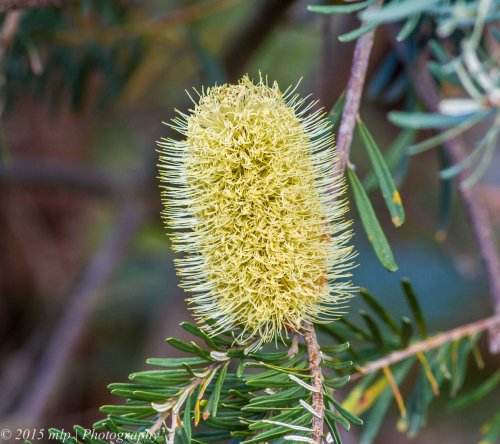 Banksia, Peninsula Gardens – many of the smaller honeyeaters were squabbling over these large nectar rich flowers 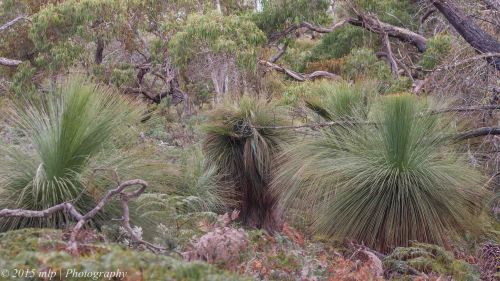