A few weeks ago I spent the weekend down the coast and visited old haunts and a few new ones. I stopped by Greens Bush with not too much hope as it was overcast and quite dark in the forest. I heard some unusual calls and soon found a family of Crested Shrike Tits moving through the canopy along the creek. It was the first time I had seen this species at Greens Bush. They were at a decent height and moving around quickly. I decided to cheat and used my Bird App to play their calls to see what they would do. They come straight down from the canopy to look for the stranger. I set up my iPhone on a branch  around head height and moved back to try and entice the birds into the area for a few shots. 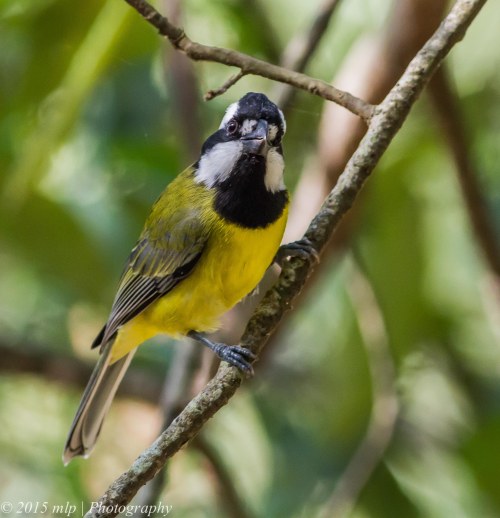 I noticed a strange thing – one of the young birds, which was closest to the iPhone,  started making the sign for “please feed me, I am hungry, please feed me” . It crouched down and shuddered its wings. After a few minutes it flew next to the iPhone and just sat there while its parents moved off back into the canopy and further along the creek. The juvenile was just happy to stick around and listen to the playback calls. I was playing the Crested Shrike Tit group feeding call so it was quite comforting and non-threatening. (After watching and taking photos for a few minutes I retrieved the phone and let the Shrike Tit rejoin its family). 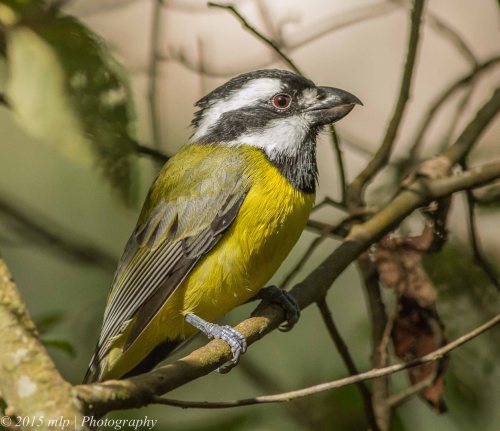 joining in the chorus of recorded Crested Shrike Tits feeding…