Exploring Blender Lane recently I met a couple of the local studio artists who gave me a bit of a history of the laneway. One of the little nuggets of information that they gave me (maybe true maybe not) was that the end of the laneway was the 2nd oldest stencil art street gallery in the world – the oldest was the ancient Roman city of Pompeii. Blender Lane is extensively layered with years of stencils with some very nice pieces that have to be picked out amongst the colour and chaos… 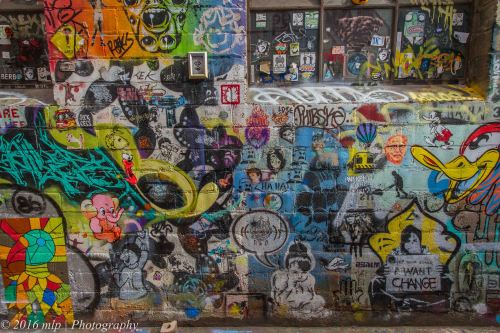 I have been following a number of artists and photographers on Instagram that I have met in the various Laneways and in one post I had noticed a reference to their favourite spot. It was to a Laneway that I had not heard of so after a bit of research, I found Blender Lane. It turns out it is actually an unnamed alley that the locals have named. It is short and has good quality art work along its sidesand at the end of it there is a covered car that is kept there by one of the local artists that has a studio nearby. 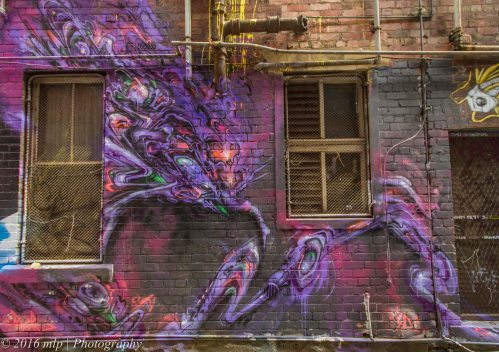 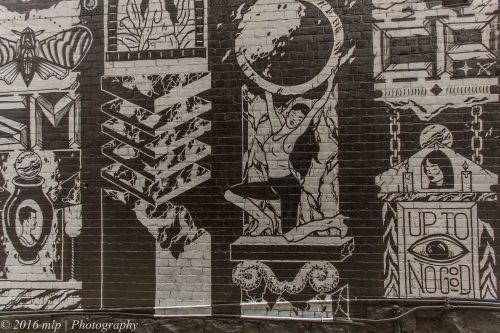