During a drive around the various state nature reserves just outside the boundaries of the Grampians National Park I stopped at Cherrypool Wetlands along the Henty Highway. The water level was quite low and I worked my way around the edge of the scrub that ran down to the water and mud. When I pushed through some bushes I came face to face with a family of Emus. I was as stunned as they were but they had better reflexes and took off before I could get my camera into action. By the time I spotted them again they were still running but now on the other side and the adult emu was well in front of his family….the chicks were about half his size. 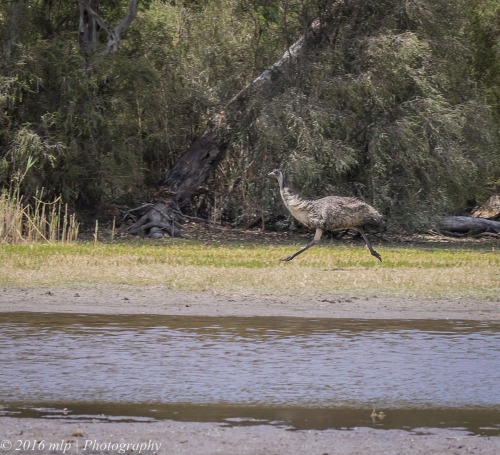 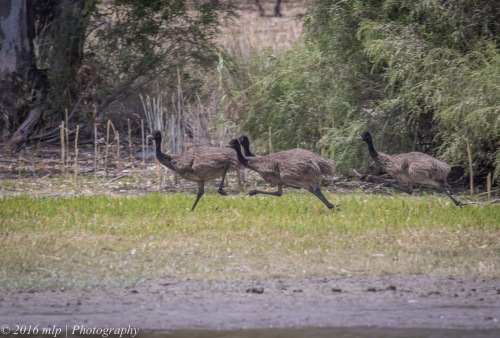 While driving back to camp I found a Brown Falcon feeding on a Sulphur Crested Cockatoo. A good catch for the Falcon but very bad luck for the Cockatoo

I had driven past this bizarre sight several times in a few days and decided to pull in for a cold drink. Australia has a strange custom of building large animals, fruits, fish etc as tourist attractions. The Koala below had very hairy ears and a cool silver goatee…

2 responses to “Emus, Falcons and a weird Giant Koala”