The Muskies are coming…

When the Eucalypts start flowering in summer the Musk Lorikeets start arriving in good numbers along Elster Creek and in the trees at Elsternwick Lake. Lorikeets are highly mobile and will follow flowering eucalypts all over the state.  The muskies have a distinctly different call to the locally common Rainbow Lorikeet.  I walked over to the lake on the weekend with a birding friend and we followed our ears to the red flowering gums. A few of the Muskies were low enough to photograph, most shots were of their typical pose – upside down and head into a flower.

Scientifically known as Glossopsitta concinna meaning “elegant tongue parrot” – due to the way it feeds on pollen and nectar rich flowers. 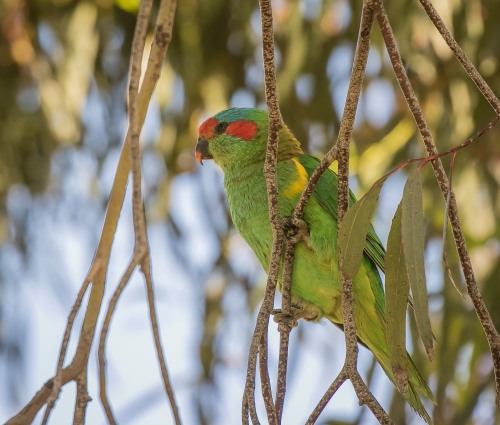 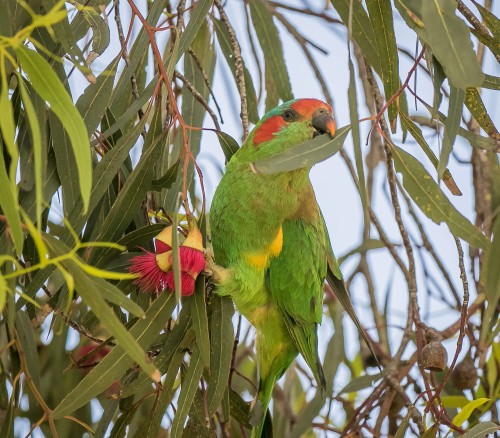 3 responses to “The Muskies are coming…”