Saturday was another lovely Winter’s day in Melbourne and we decided to head down to the Melbourne Botanical Garden, (Cranbourne), also known as Australian Garden. We started at the Stringybark Picnic area and walked along  the forest paths looking birds and reading the various information signs. We came across a large curious nest only a few metres off the ground. I could not figure out what made it or what was using it – I could see a brown furry looking lump through the side entrance but could not confirm what it was – I was unable to get closer without bashing through and damaging the prickly bushes in front. Last night, a local naturalist (Gio) suggested that it was most likely a Drey – a round nest made by a Ring-Tailed Possum. I did not know that Possums made nests like this nor had I ever heard of a Drey… 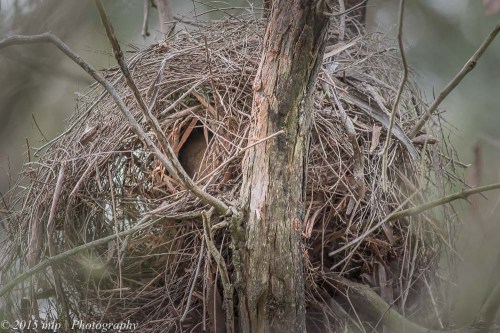 Moving around the paths we saw a number of Eastern Yellow Robins and watched for a while as they hunted. I found one of their freshly made nests. Very similar style to the previous nest that I have posted about from Moorooduc. 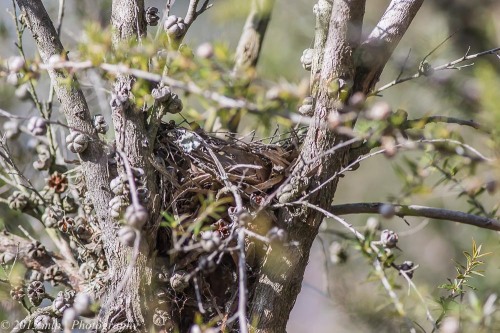 The highlight of this part of the day was spotting a Southern Brown Bandicoot, a threatened marsupial species, often wiped out from areas by foxes. This site is protected by a fox proof fence and so the species is surviving. We saw one dart across a path. As we were walking back to the car my eagled eye walking partner yelled out that I was about to step on another one. This little guy was not very scared of me at all and we moved back a bit and took a few photos. It had some nasty healed up scars on its rump and a missing tail. I was surprised by its size – roughly the size of a small cat – much bigger than I expected. It moved around the path, had a little stretch and at some point decided to bolt off the track but only into the fringe where we watched it a bit more while it napped. We left it alone and drove to the main part of the gardens. 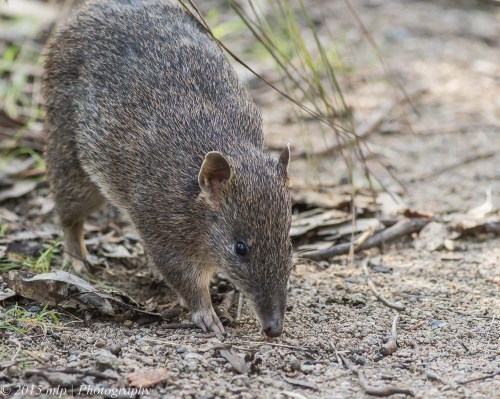 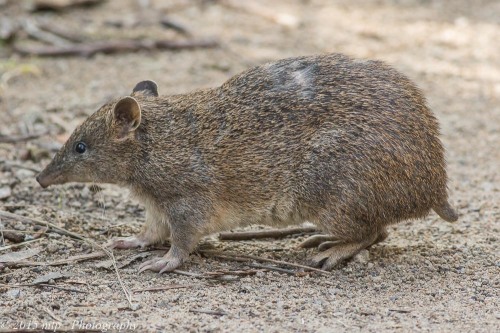 showing some old healed wounds on its back, its tail is also missing 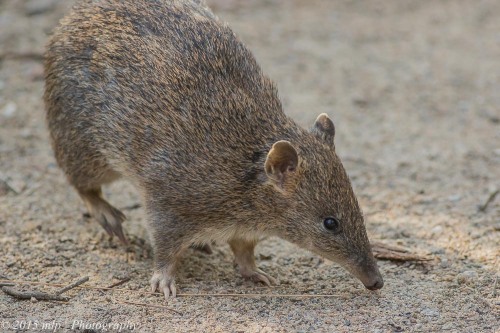 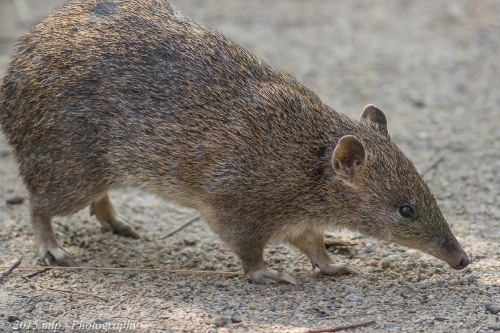 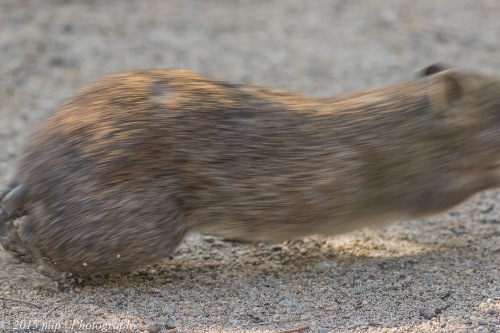 One response to “Nests, Dreys and Bandicoots”