The Grey-crowned Babblers are endangered in the state of Victoria. I have only seen them at Chiltern where a small group lived on the edge of the National Park. The aggressively territorial Noisy Minor honeyeaters seems to have pushed that colony away and I have not seen them for a few years. On the trip to the Goschen area I stopped by the Middle Lake Ibis Rookery just north of Kerang. In the carpark of the bird hide I was delighted to find a small family colony preening after a midday dip in the water. The birds chased each around the trees and squabbled. The bird is also known as a ya-hoo bird (Male makes a call and the female responds so quickly that it sounds like the call of one bird.) The adults have pale eyes while the juveniles are dark. The group below were mixed aged. 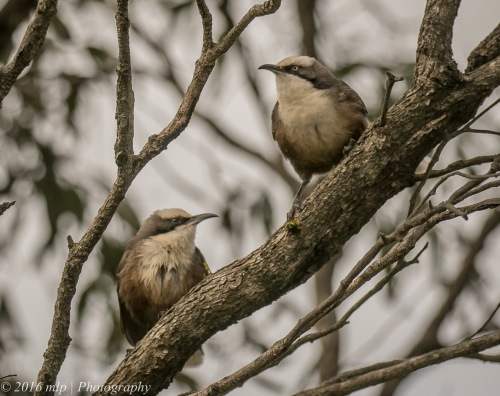