Battle of the birdbath

While visiting my folks on Willowind farm in Moorooduc,  I noticed that the New Holland Honeyeaters were spending quite a bit of time in the bare bushes around the birdbath near the back door. When an Eastern Spinebill, a few Brown Thornbills and a White-eared Honeyeater stopped by for a drink or a quick bath, they were chased off by the New Hollands. They can be an aggressive species often fighting with similar sized honeyeaters over a territory or a temporary food source but I have not seen them defend a water source before. There is a bit of water around the local area and even a dam nearby but the birds would have to travel through open unprotected areas. It shows the importance of supplying a protected clean water source for small birds. It also provides a great location to photograph the birds when they come into drink and bathe. 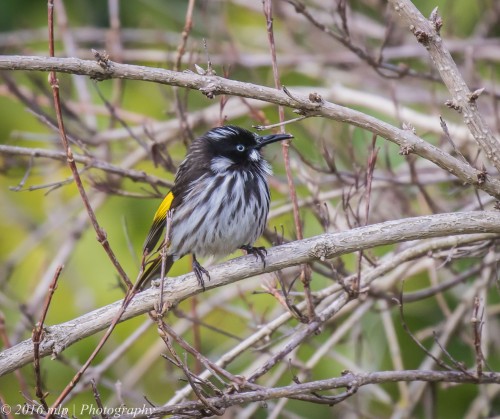 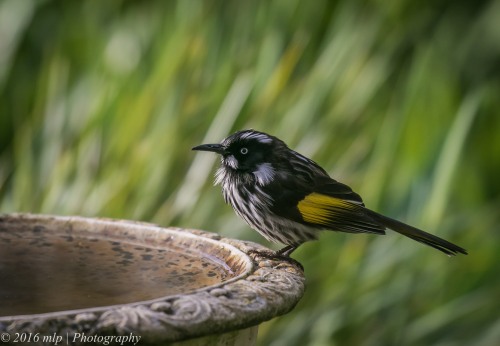 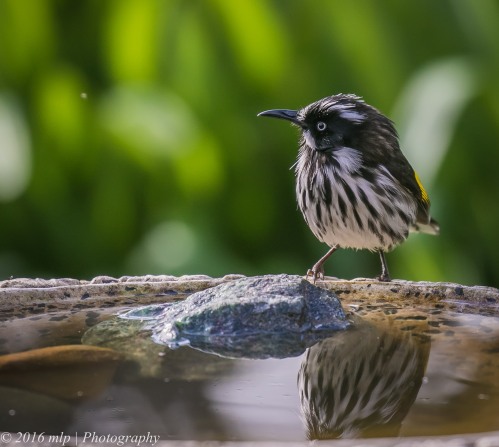 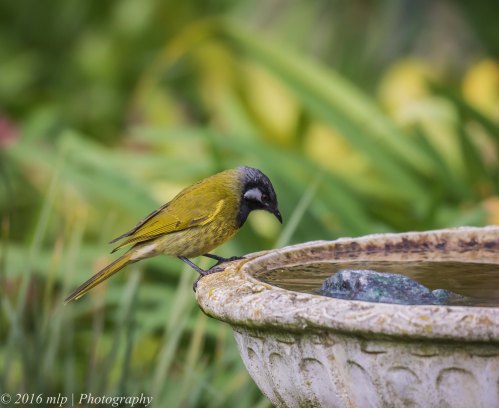 White-eared Honeyeater – by placing a rock into a deeper birdbath it allows the bird to bathe from the rock. They need a way to hop out onto the edge again after quick dunk. 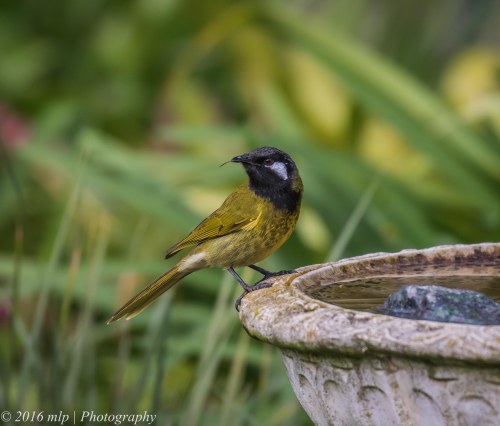 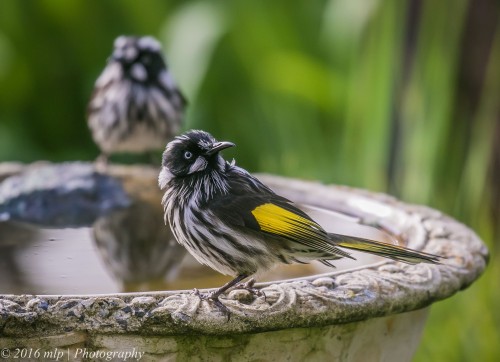 Chasing off the other species… 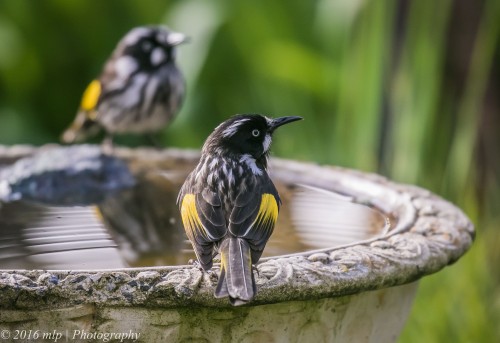 4 responses to “Battle of the birdbath”