A little cup with loads of Spring hope…

Posted on August 10, 2015 | 2 Comments
It has been a long cold Winter here in Southern Victoria. Lately the weekends have been good enough to get out,  explore and photograph birds and other wildlife.
Our small crew of intrepid birders decided on a big day of birding down the southern coast, exploring a mix of favourite locations and a few spots that others have not been to before. We started off at Rickett’s Point for Terns and a good start with one of the crew picking up a lifer – a lone tiny Double banded Plover. We stopped briefly at Mordialloc Creek mouth for more tern spotting, and then onto Moorooduc Quarry for Peregrine Falcons, woodland birds and the bonus of a rare and endangered Growling Grass Frog. Tootgarook Swamp was the main target for the day for a general bird survey to help provide evidence to stop yet another real estate development draining the remaining wetlands. We finished with an early evening bushwalk around the Baldry Circuit at Green’s Bush.
There are signs in the bush that the weather will soon be changing. Mates, territories and food sources are being defended and nests are being built. Birds are looking for good locations and appropriate material to build their nests.
At Moorooduc Quarry we came across a pair of Eastern Yellow Robins  building a new nest. It was being made out of paperbark strips for framing and held together with spider-web, packed down and then stuffed with moss and lichen. A lovely piece of engineering. I will have to go back and see the finished product and see how long until the chicks are hatched. They picked a good spot amongst a small dense grove of saplings that would make it difficult to find the nest and hard for larger birds to swoop in and attack the nest. 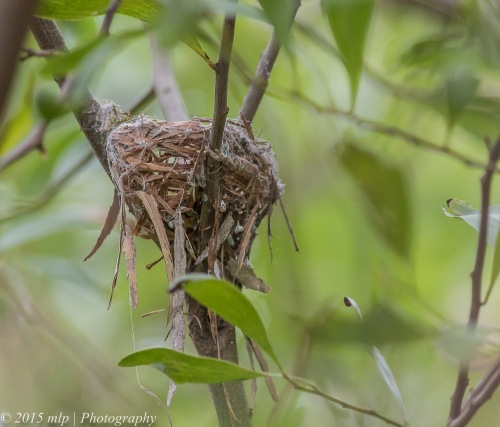 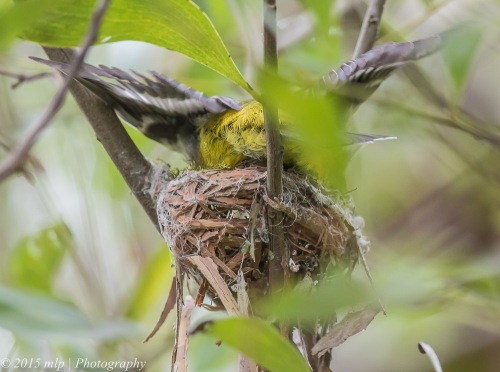 Eastern Yellow Robin trying its nest on for size…

2 responses to “A little cup with loads of Spring hope…”