At the Western Treatment Plant and lagoons there is a spot within the T-Section informally called “the Crake Pit“. It is fantastic location for photographing small skulking species of birds that are not often seen – even by avid Birders. It is home to Crakes and Rails. So far at this location I have managed to photograph Baillon’s Crake, the Australian Spotted Crake (also called the Australian Crake or Water Crake) and the Spotless Crake. Also found in this spot are Buff-banded and Lewin’s Rails. Over a series of early morning visits, we managed to spend a few hours each time just sitting and waiting to see what would pop out into the sunlight and starting feeding on the many insects in the water and along the reed beds. It was a very different experience to actually stay in the one spot and wait rather than constantly move around the huge treatment plant lagoons looking for the many species of birds that live and feed here…it felt like a guilty pleasure to just sit and wait (yes, for a birder just sitting still in the middle of a sewerage plant and watching settling/filtering lagoons is a guilty pleasure….)

The photos below are of the Australian Crake also called the Australian Spotted Crake (Porzana fluminea) – Porzana is the Italian (Venetian) name for smaller crakes, and fluminea is Latin for ‘frequenting rivers’. 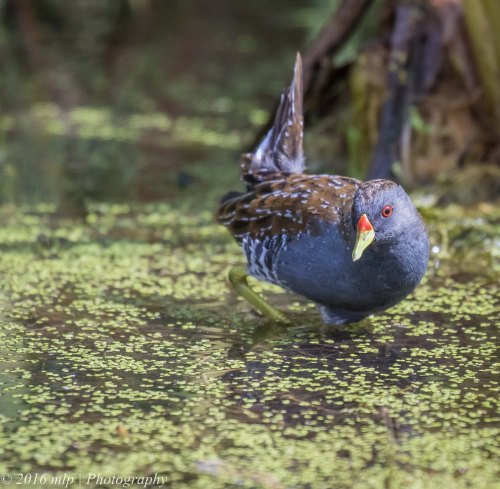 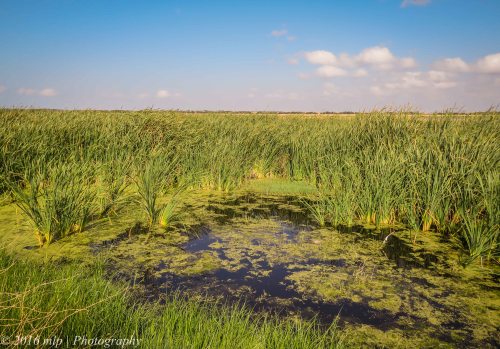 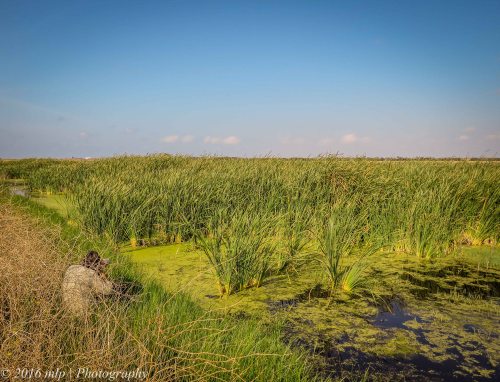 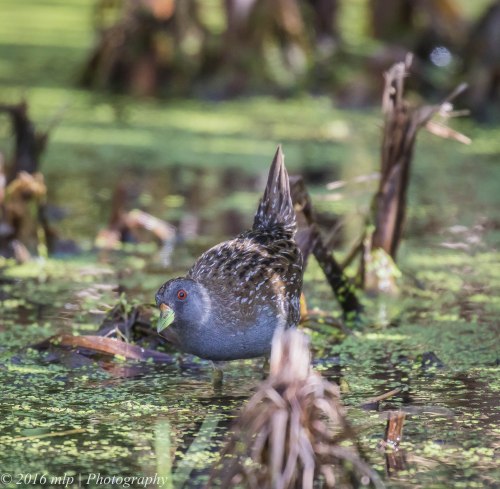 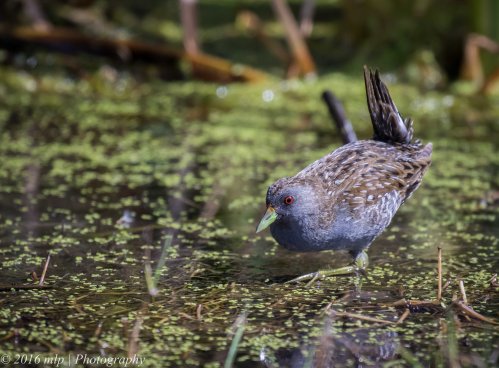 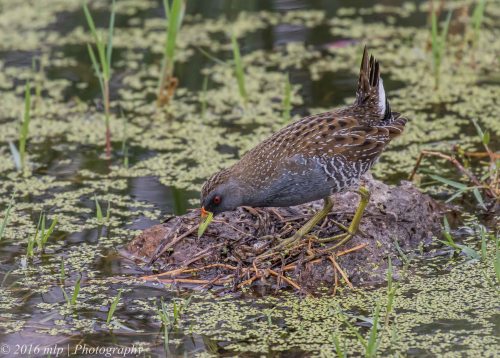 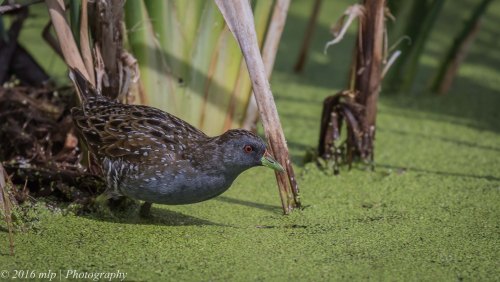