As part of my Compass Tour of Victoria over the summer break, I spent 8 days exploring the areas around Mallacoota. It has become one of my favourite places to visit each summer. Mallacoota is a 6 hour drive East of Melbourne. I usually stop along the way to visit various locations good for birds and wildlife. One of the sites is Double Creek Nature Reserve just outside of Mallacoota. The first part of the walk is through a rain forest with a number of resident Lyrebirds. A few were scratching around in the undergrowth when I arrived.

On arriving at Mallacoota Shady Gully camping ground where I stayed I was talking to one of the managers and heard what I thought was a raptor in the trees bordering the camp ground and the Shady Gully Reserve. The mgr showed me to a small Casaurina tree where a family of rare Glossy Black Cockatoos where feeding. The sound I had heard was the juvenile begging for food. The Cockatoo only eats the seeds of the Casaurina tree. 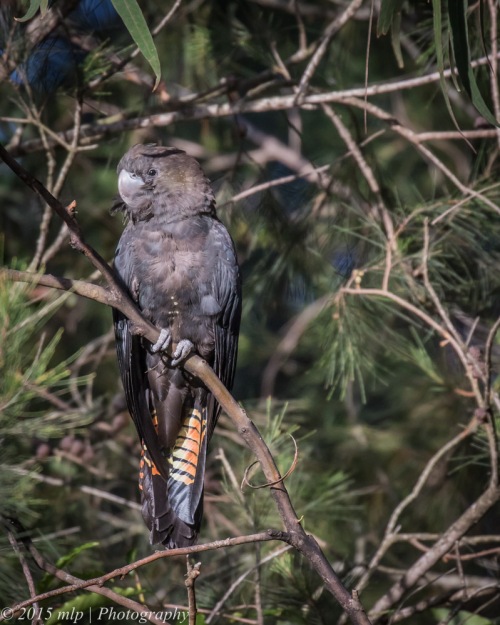