Until I went to have a look at the Cheetham Wetlands in Altona Meadows I never knew that there was actually a geographical landmark of Point Cook. I thought it was just an outer fringe suburb of South Western Melbourne.

There is an old homestead and cafe nearby and an easy to reach carpark. There is a path straight down to the beach and a short walk along the beach to Point Cook. Another path from the carpark meanders through the grass fields to the wetlands observation tower.

A quick visit to the Point at high tide produced quite a few shorebirds feeding along the edge or preening and resting on the rocks. 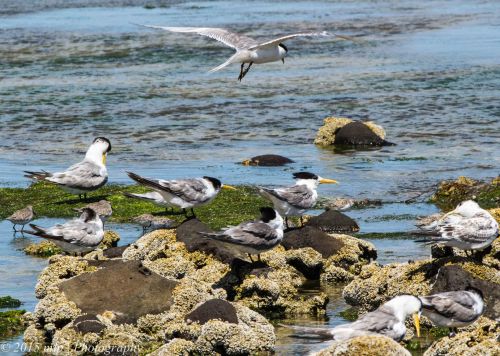 A walk along the beach and then following a vehicle track brought us to the tower with views of the city and over the wetlands. At this time of year (late Summer) the wetlands are quickly drying out. I assume that the creek below the tower is being fed by the suburban street runoff from recent rains. 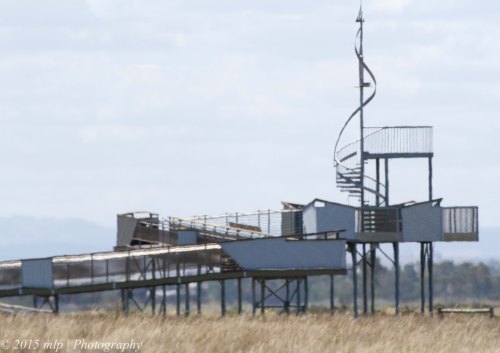 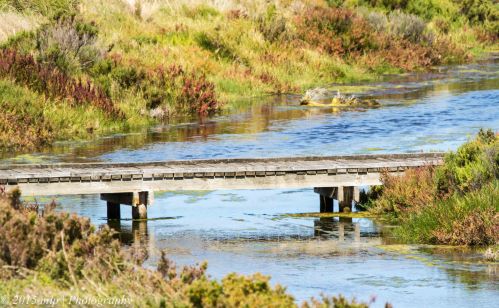