While returning from my exploration of the fringes around the Tootgarook Swamp and photographing Striated Fieldwrens and Golden-headed Cisticolas I stood at the edge of the track looking into the swamp and my eye caught some movement at my feet. It was a native rat – an Australian or Eastern Swamp Rat (Rattus lutreolus). It is the first time I have seen a native swamp rat. I have seen and photographed Rikalis (native water rats) a few times but never a swamp rat. It took me a little while to convince myself I was not looking at the standard European black or brown rat. Its behaviour was odd – it seemed to totally ignore me no matter how close  I got and only reacted when I made a decent noise (dropping to my knees with all my gear clanking around me). I saw that it had a deep wound on its side – it looked to be healing but may have resulted in unusual behaviours. With the raptors circling above I doubt it will live long coming into the open. While ignoring me it fed on small grass seeds and dug up roots at the base of the grass. 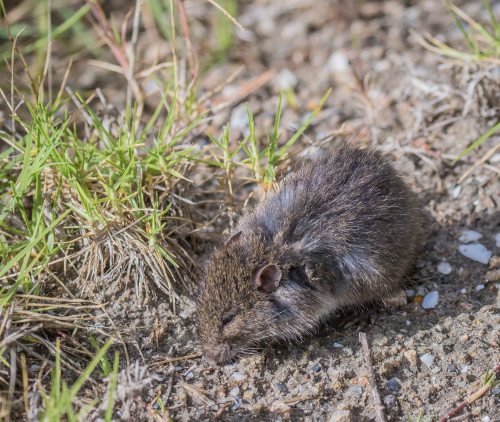 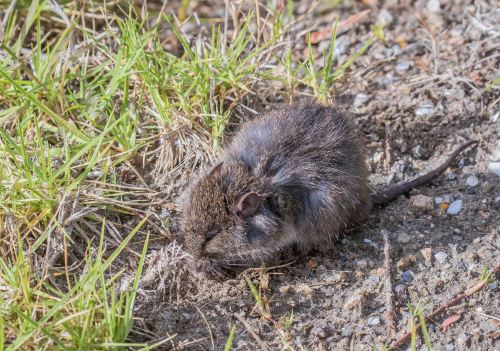 The tail is much shorter on a Swamp Rat compared to a Black Rat.

I saw a few bird species working the fruiting thorn bushes near the Tootgarook swamp. Along with the Striated Fieldwren and I found small groups of adults and juvenile Golden-headed Cisticolas feeding on insects and hiding in the thorn bushes. One would sit at the top of a bush and keep lookout while the rest would feed. The young one pictured further below must have been fresh out of the nest as it was quite clumsy in flight and when trying to land between the thorns. 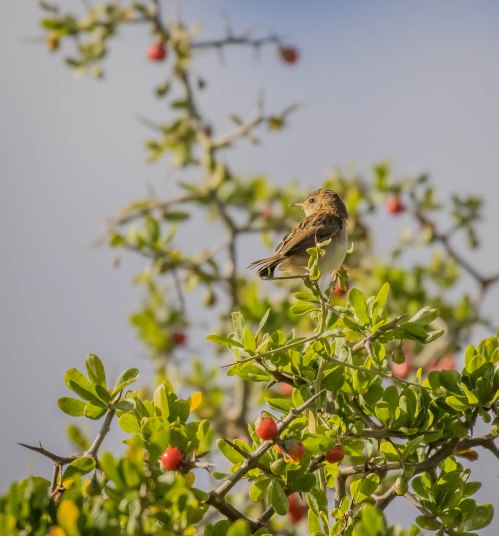 Trying to get access into the Tootgarook Swamp and wetlands can be quite tricky. The swamp is located between Rosebud and Rye in Tootgarrok on the Mornington Penninsula. The proposed fresh water wetlands have been a battle ground between local environmentalists and developers trying to bulldoze the swamp and create yet more suburban housing. At this stage the local action groups are winning out and the developers are being delayed. Hopefully this will continue until the full community gets behind the creation of a protected wetlands. I have been visiting and exploring around the fringe of the swamp areas trying to find the best access spots. One of the higher vantage points is via a closed road that leads to an old dumping area that is located between the sports ovals and the swamp. I spent some time looking for the beautiful and melodic Striated Fieldwren and found a quite a few along the edge of the dumping ground. 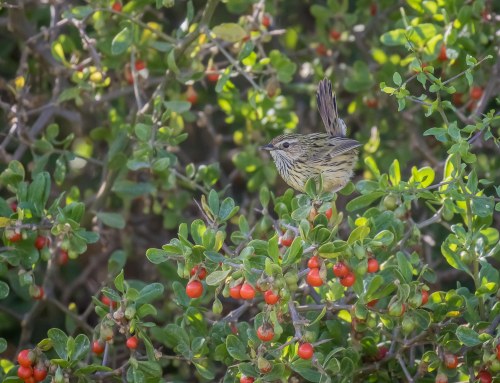