One of the key bird species that can be often found along the track between Shipwreck Creek to Seal Creek in Mallacoota, is the Southern Emu-wren. I always get a kick out of finding this tiny, long tailed Heathland bird. They can be difficult to find and photograph during the day but good hearing, a keen eye and an early morning walk through the heath can produce the occasional image of this secretive bird. Being small winged it can’t escape danger through flight and the long tail inhibits anything other than small jump flights. It must hide in the scrub throughout the day and work its area for food. In the morning and late evening it will often climb a dead branch and make its territorial calls to the neighbouring tribes. 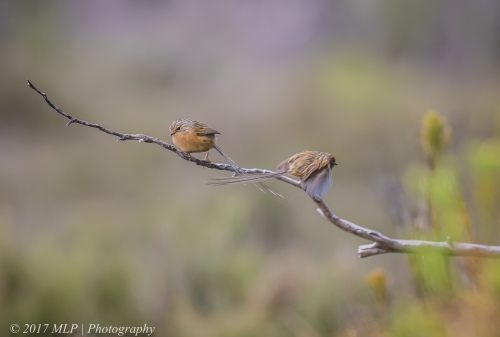 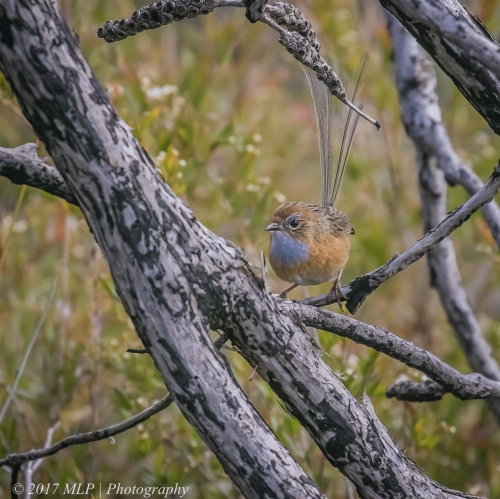 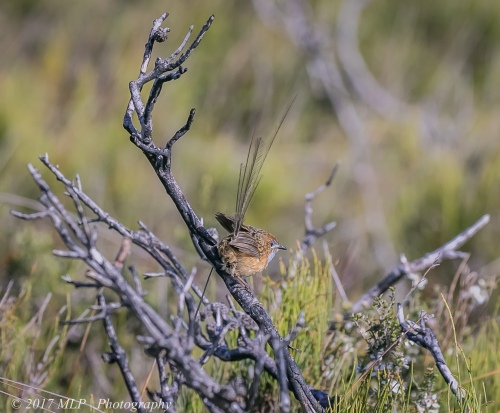