I have been to Mallacoota each December for the last 4 years looking for birds that don’t often make it into Victoria or live anywhere near Melbourne. Some of the birds are resident in the Mallacoota area like the Southern Emu-wren, the Eastern Bristlebird and the Eastern Ground Parrot. I have seen the rare Ground Parrot several times early in the morning at Shipwreck Creek – about 15kms outside of Mallacoota. On previous occasions the bird/s flushed and were gone, and going off track into the snake infested heathland did not help me re-find them. On this trip I thought I would just go early every morning until I had a chance to photograph this rare and shy parrot. On the first attempt I stalked so slowly and carefully along the path that I startled a large deer that was only a few metres off the track behind a thick bush. I am not sure who was more frightened. I thought I had no chance of finding the parrot with all the noise the deer made taking off through the undergrowth but about 50m further on a parrot flushed from the opposite side of the track where I was expecting to see it and instead of trying to photograph it in a mad panic, I carefully watched where it flew and stalked it further into the scrub. Taking a lot of time and winding my way through all the heath I found a small over-grown track and whilst surveying the path for likely spots I found the small parrot just sitting on branch watching me. I took a series of shots and moved closer and around the parrot trying to get better angles. Eventually it ducked down onto the path and disappeared into the thick heath. 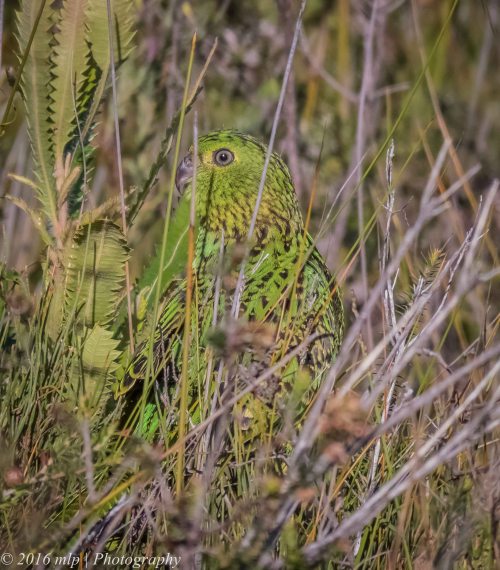 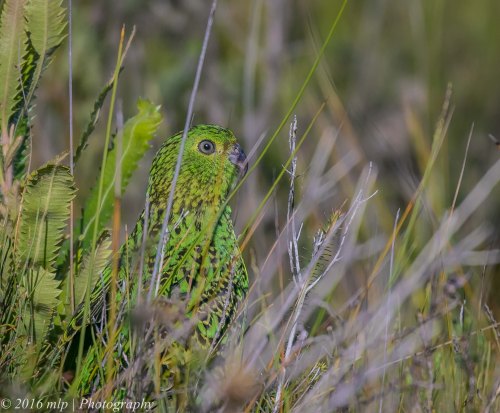 with a beautiful long tail almost hidden by the grass 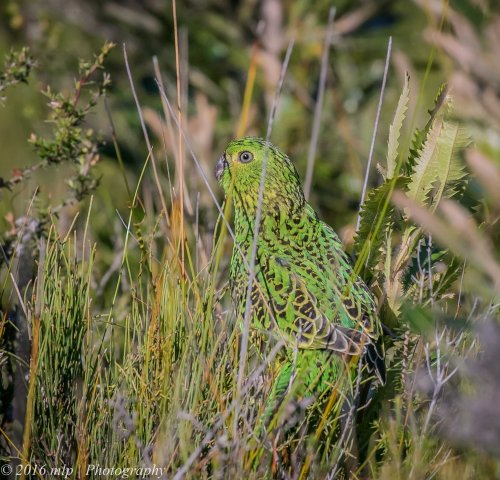 6 responses to “Tough nut to crack…”