Nervous Birds at the Pooh Farm

Over the last 3 months I have been making regular visits to the Western Treatment Plant in Werribee, near the Avalon Airport. The local fields, irrigated by the recycled and treated water have recently been harvested and ploughed. This has brought many Raptors to the   WTP particularly Whistling and Black Kites. These two species are regular visitors and resident at the lagoons and nearby fields anyway but huge numbers have come in including many juveniles. We also found a nice pair of Musk Ducks  – the male has a large bill lobe that becomes inflated in the mating season. The two below were happily sunning themselves in one of the overflow canals.

One of dozens of Whistling Kites on the prowl 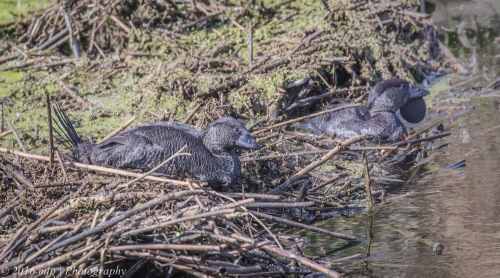 3 responses to “Nervous Birds at the Pooh Farm”