I re-visited the Southern section of Greens Bush yesterday.  Winter has just started here but the mornings are already quite cold. Luckily the beginning of the track is quite open and I could warm up a bit in the sun. The first few birds I saw threw me a bit as I tried to identify them. They turned out to be Brown Thornbills that were still puffed up from the extra air in their plumage to keep warm over night. They were little puff balls and looked a lot larger than normal. Walking through the mature Banksia forest I could see a bird on one of the dead trees in the distance. Trying to sneak a bit  closer I found an Australian Hobby (also called a Little Falcon) perched in the morning sun surveying the territory for breakfast.  I walked a bit too close and it took off along the ridge line and down into the forest. I bit further along I found a Grey Shrike-thrush keeping an eye out for the falcon. It was so focussed on the sky that I managed to walk right up to it and take a few images. 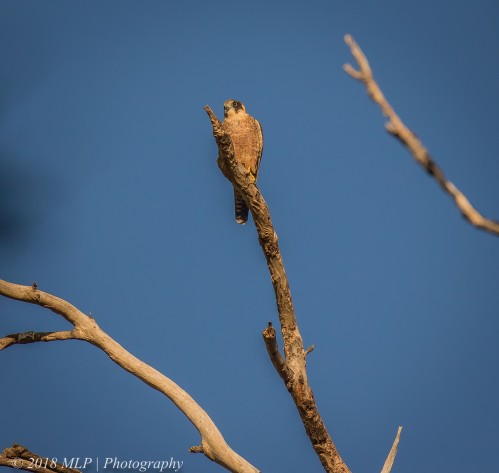 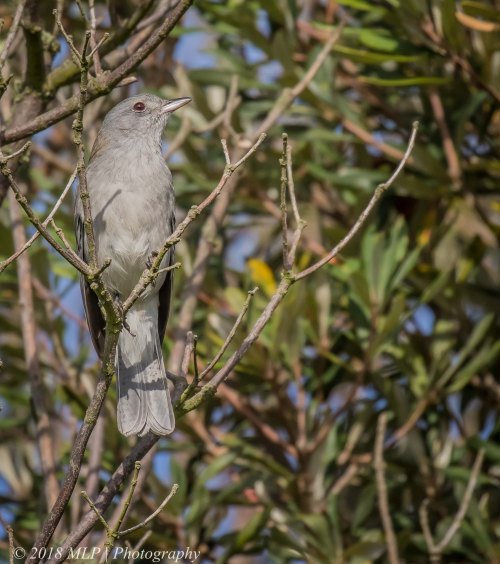