Along one of the fence lines of the Adams Creek Nature Conservation Reserve are several silicon sand mines used to produce silicon for glass manufacturing. The reserve is surrounded by large pits that are in use or have been filled by rainwater and are reverting to a more natural state. While counting waterbirds I heard the call of a small Spotted Pardalote that was so loud that it felt like it was on my head (or next to my ear). It turned out to be a male pardalote on a low branch several feet away from the cliff edge that I was standing on. The light was bright but the photos had an odd feel about them. When I moved away, the pardalote flew down to its cliff face burrow and kept watch. When it sounded its territorial call it made a 3 note call, a soft note followed by a louder higher two note call. When calling they extend their neck upwards and the call seems to come from the throat, I hardly saw it open its beak… 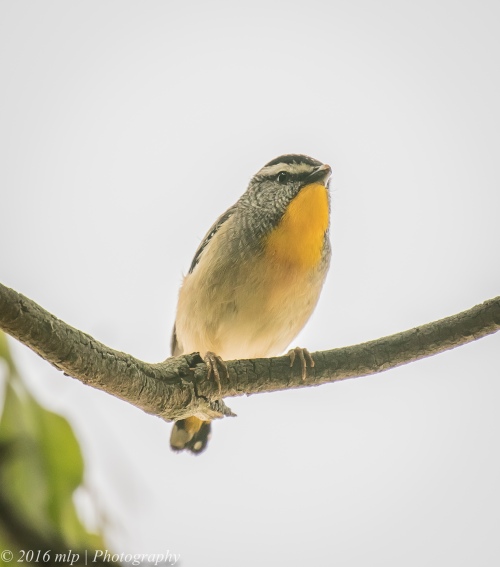 Spotted Pardalote on watch near its cliff face burrow