Joining in the bird chorus at the Wilson Botanic Park in Berwick, was a loud Spotted Pardalote. He was hard to find at first as we expected him to be high in a gum but the sound was coming from close by. We finally found the little bird on a branch in lower section of the tree. We were able to sit close and try and shoot the Pardalote through the foliage while he made his 3 tone territorial call. 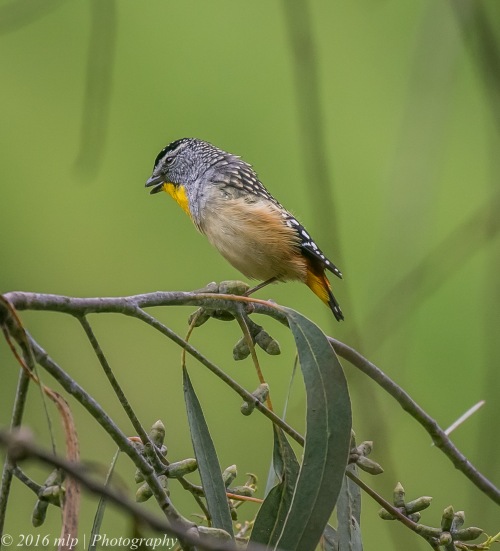 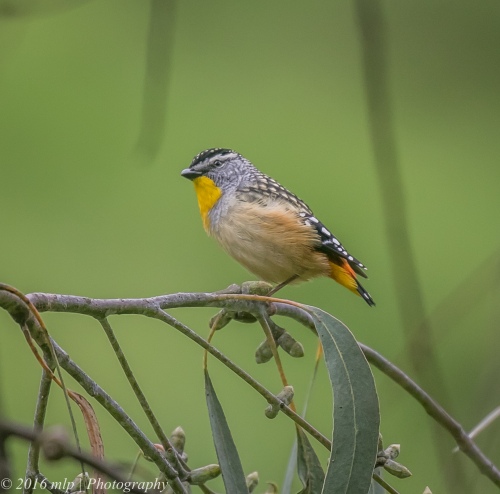