Over February and March many of the large Sugar Gums and Red Flowering Gums along Elster Creek were in full bloom. This brought in many additional nectar loving birds to the area. Musk Lorikeets turned up in large numbers to join the local populations of Rainbow Lorikeets and around 10 Little Lorikeets joined in the flowering frenzy. Each species make distinctly different calls when flying and feeding. It was great to stand near the trees and learn and pick out the different calls.  I had never seen Littles in the area before and it was wonderful to be able to add the new species to my local lists and even photograph them (though that did take quite a few walks along the creek to finally get them).

Play to listen to Little Lorikeets. (plus a bit of Rainbow Lorikeet and a begging Noisy Minor chick) 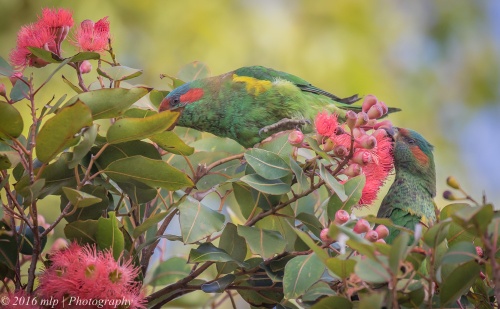 Spot the second one? 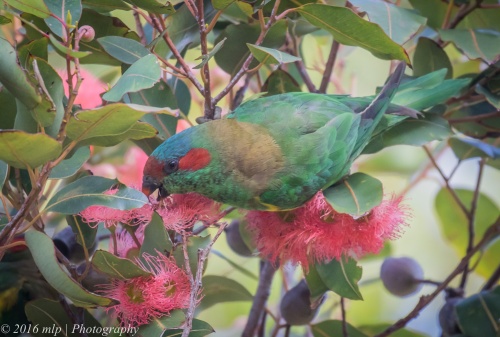 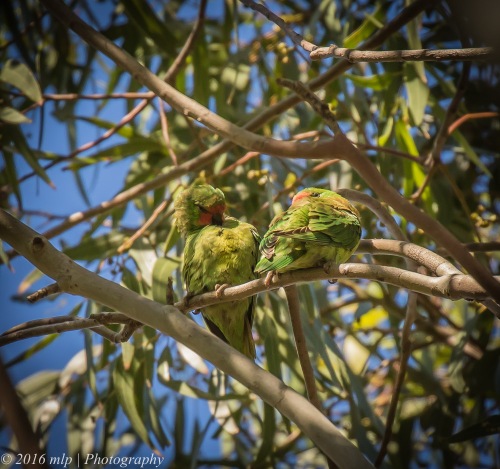 Little Lorikeets  – well suited to life in the green foliage of gums, following flowering trees around Victoria – who knows how they realise trees are flowering so far from their usual haunts…