While I was trying to figure out what was happening with the Red-Capped Robins and their strange rituals I did notice that they would break off now and again and start to hunt for insects on the ground. The male would hunt and eat his prize while the female would fly off and into a dense bit of prickly scrub. I slowly followed her over to the scrub and stood next to a tree trying to blend in and look to see if she was returning to a nest. I found a little juvenile Red Capped Robin in the scrub. I watched the chick for a while and soon picked up that he knew when mum was coming back before I did. I kept the camera on the chick and waited for the usual reactions. 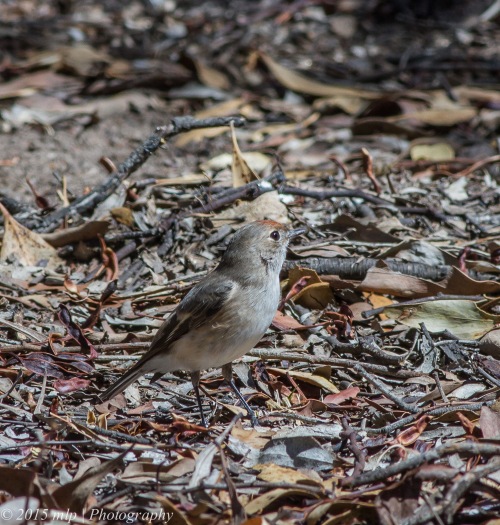 Female Red Capped Robin hunting for insects in the leaves 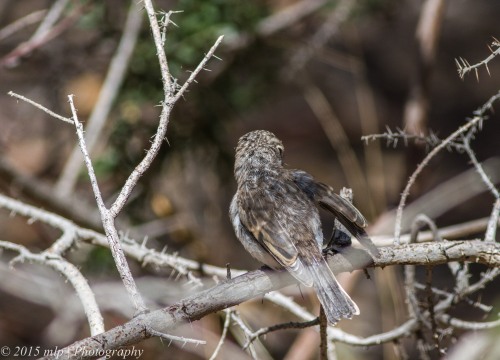 Juvenile Red Capped Robin – a bit of preening before the next snack, and displaying his camouflaged feather patterns – perfect for hiding in dry scrub. 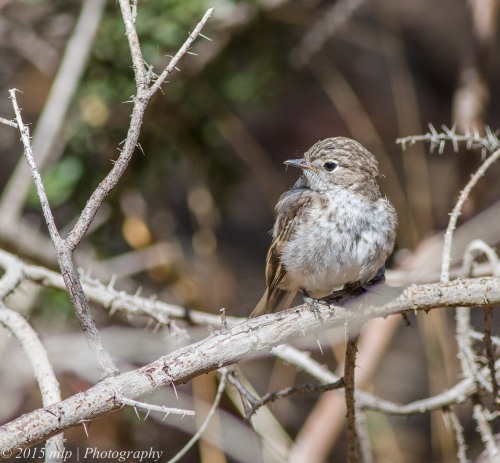 Keeping an eye out for mum….. 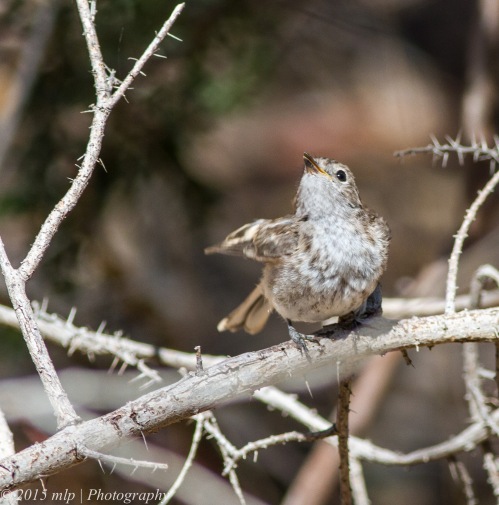 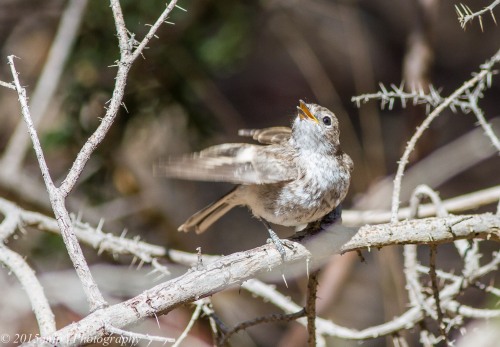 Begging stance activated…..I have seen many chicks of different species  assume this position to encourage an adult to feed it. 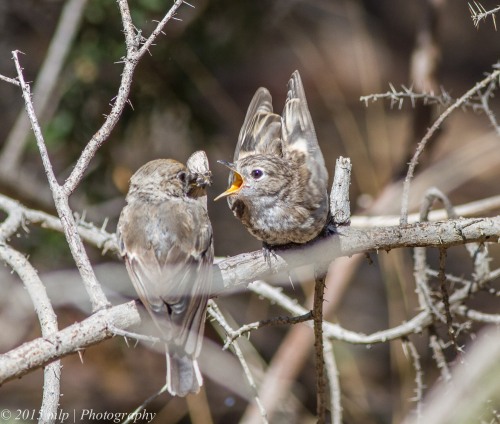 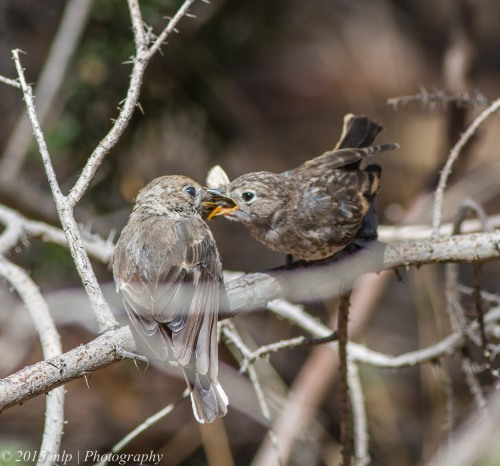 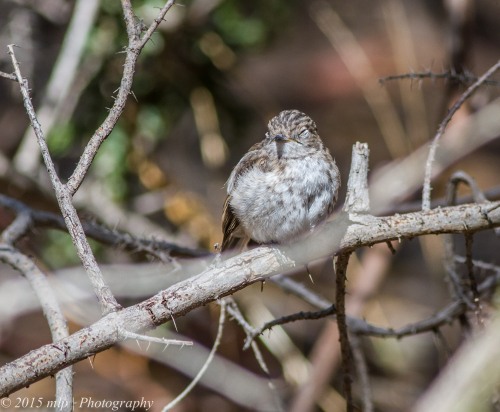 Now for a little nap between feeds…

I realised that the chick was not looking for visual clues that mum was nearby and must have been hearing a signal that she was on her way or nearby. I did not hear anything loud enough for me to detect from about 5 meters away. And by the angle of the chicks eyes when it knew mum was there, the mother was right above me in a tree.

After a few feeds from the female robin (no sign of or visits from the male – and maybe that was what the earlier stand-offs were about between the two adults), the female did not return for some time. I kept looking around for her and keeping an eye on the sleeping chick – who only opened his eyes when my camera shutter went off.

A few feet from the chick I finally saw her watching me and the chick. I think she wanted to be sure that I wasn’t a threat before went she off to hunt again. I thought it was time to leave them alone. 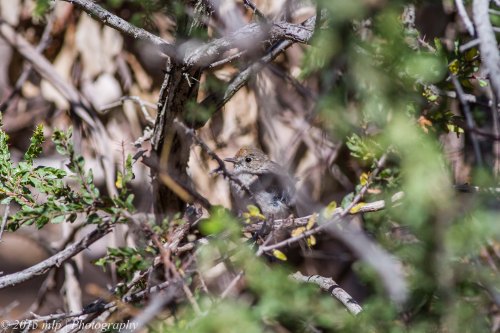 Female Red Capped Robin – watching me and her chick through the prickle bush.