On the weekend I made a return visit to the Jawbone Reserve in Williamstown. It was cold and windy but at least a sunny winter’s morning. The highlight of the walk was photographing Yellow-rumped Thornbills. They can often be found feeding in a busy twittering mixed species flock working the mid and lower levels of the forest canopy. I also see them feeding on the ground picking at what I assume to be small insects in the grass. On this occasion a flock of nine Thornbills were moving along the grass fringe near the Jawbone lagoons. I kept trying to intercept but they just worked around me at a distance of 20 feet or so. They seems to be moving along with the wind direction so I moved around and in front and let them work up to me. I tried sitting but they moved away so I just stood still as I waited for them to drift toward me. This seemed to work and I was generally ignored. At one point they were only several feet away and did not seem bothered by me at all. This was the first time I have had such a close look at this species. Usually I just hear their chittering in the forest and see a flash of yellow rump as they fly away. 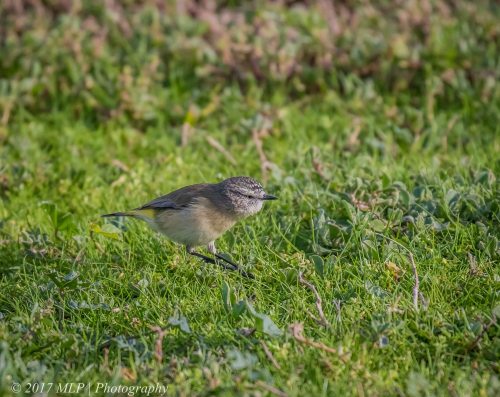 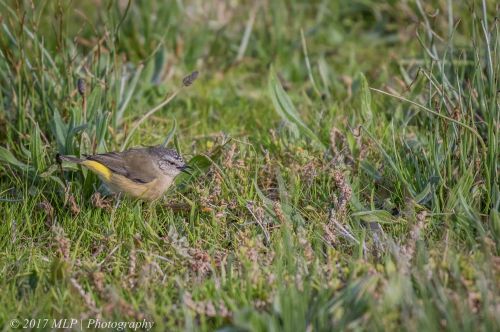 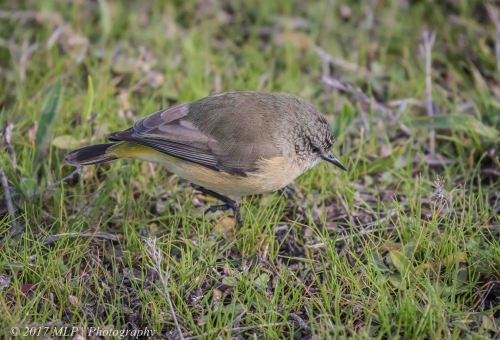 5 responses to “Tracking the Jawbone Thornbills”